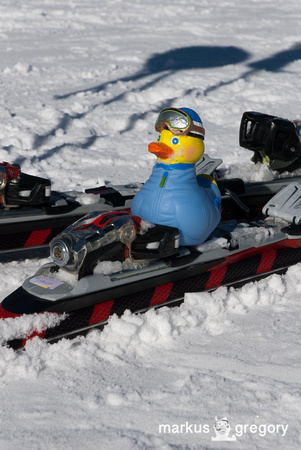 Les Trois Vallées or The Three Valleys is a ski region in the Tarentaise Valley, Savoie département of France, above the town of Moûtiers and have areas within the Vanoise National Park Since 1973, it has been possible to ski the interlinked valleys using a single ski pass. Thus, Les Trois Vallées is the largest ski area in the world which is connected solely by ski lifts and slopes. It has more than 600 km (410 miles) of ski slopes, resulting in 18.5 km² of groomed runs. In addition, there are 120 km for cross-country skiing. Les Trois Vallées has 183 ski lifts, which can transport 260,000 skiers per hour. Other equipment owned by the operating companies include 1,920 snow cannons and 76 piste bashers. Employees in the area include 424 ski patrollers and 1,500 ski instructors. As implied by its name, the area originally consisted of three valleys: Saint-Bon, Allues, and Belleville. The skiing area has since been extended into a 'fourth' valley, the Maurienne valley. It is adjacent to Val Thorens, but can also be accessed using a long gondola lift from Orelle
(from Wikipedia, the free encyclopedia)
© Markus Gregory
Powered by ZENFOLIO User Agreement
Cancel
Continue