On the 25th of May 2013  was the last opportunity to make pictures of the narrow gauge steam loco Mh.6 operating at the Waldviertler Schmalspurbahn for a couple of time. You may have seen my last gallery with the old lady, so whats special again?

The Mh.6 and her 5 Sisters have been constructed for the Mariazellerbahn. Although they are powerful, there have been more passengers than expected and the Mh´s were constructed, so the line was electrified in 1911. Until the 70ies the Mh´s were in use at other state narrow gauge railways all over the county, from about 1970 until 1986 (!) the 6 Mh´s were responsible for almost the whole scheduled passenger and freight services in the northern Austrian region Waldviertel till the closure of regular service there.

The Mh.6 is normally stationed in Ober-Grafendorf and was restored by volunteers in more than 11000 hours. She usually operates on the tracks of the Mariazellerbahn and came back to her past operating region in May 2013 for about 3 weeks. The reason was because the Mh.1 - which operates touristic trains there on weekends - still was under maintenance at the start of the season in May 2013, so the Club Mh.6 operated 3 steam operated services for the operator there. The Mh.6 was brought there by truck.

At the day of my visit, there was a second lucky chance, the Mh.1 came back from maintenance the day before and made test runs in new livery. Luckily it was possible to get a few pictures with the Mh.1 and Mh.6 together - a picture showing 2 operating Mh´s hasn´t been possible since the 80ies and probably will not be possible for a long time - so feel free to watch the Album and take a day there, if you can. 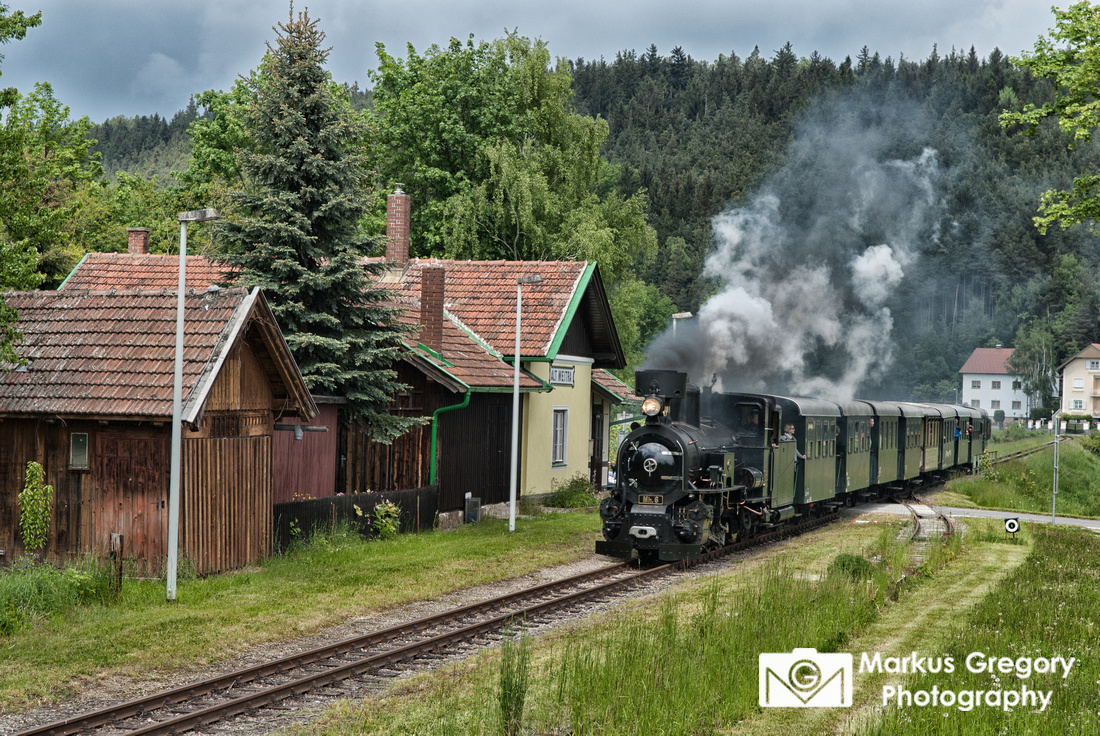 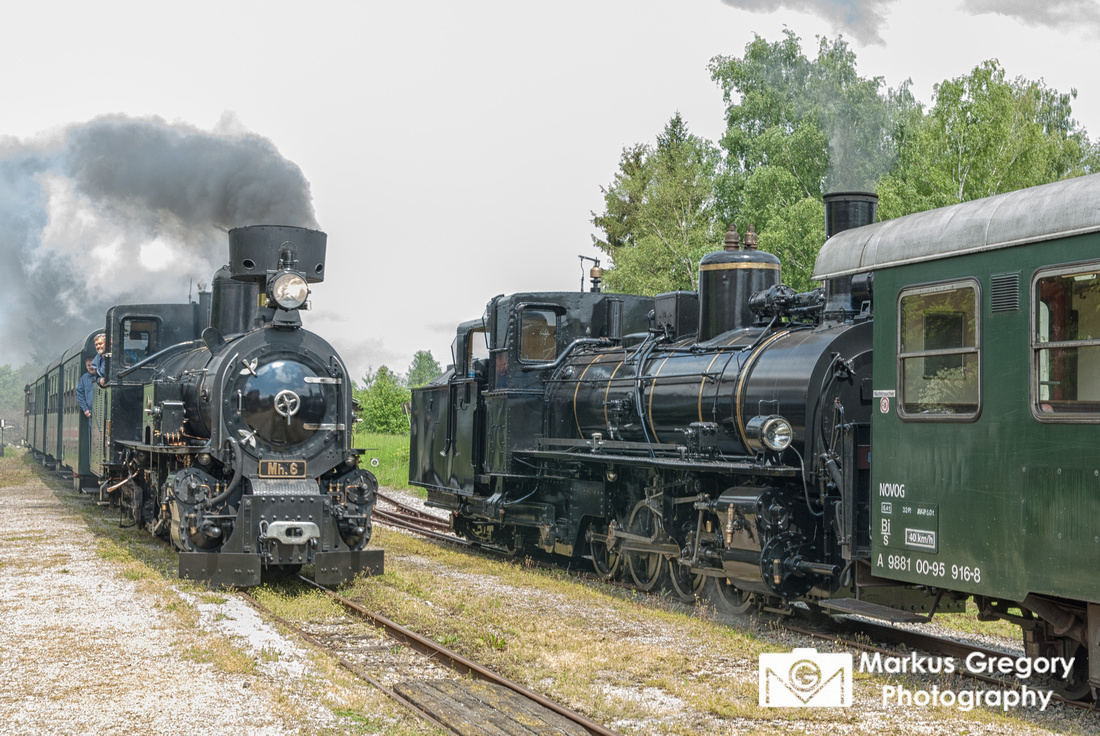